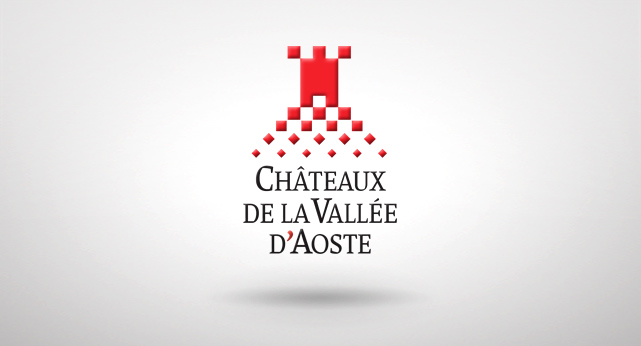 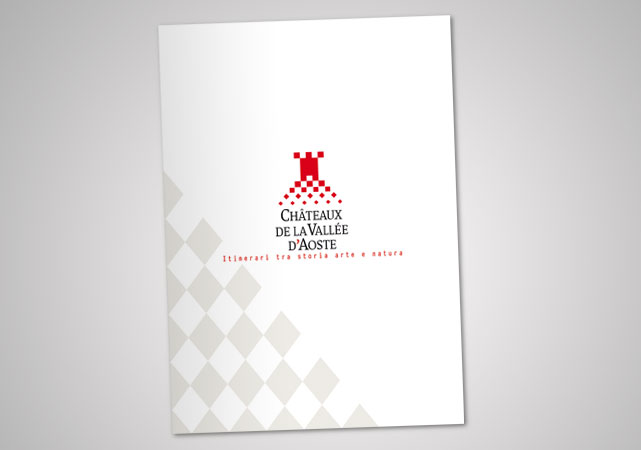 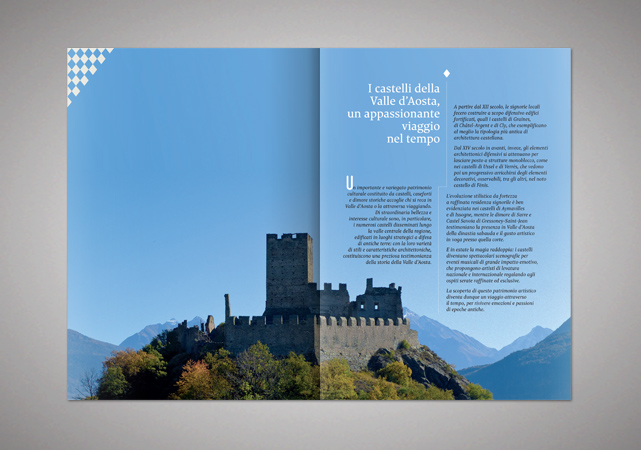 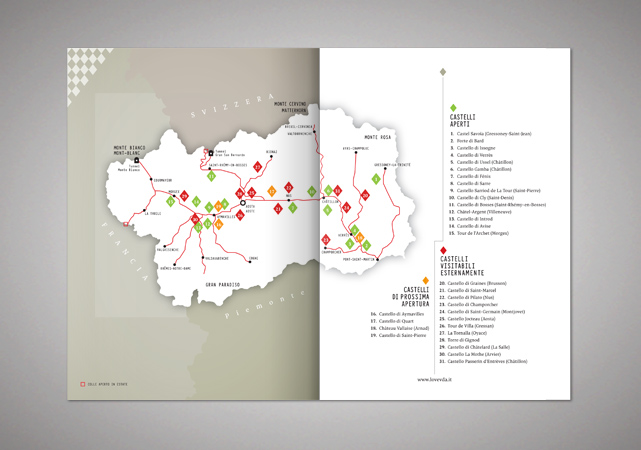 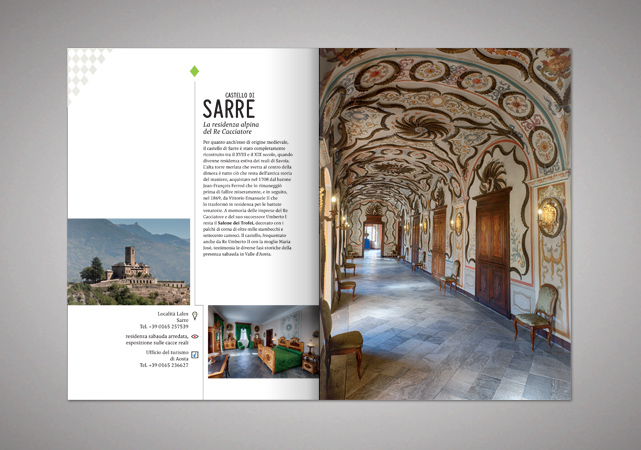 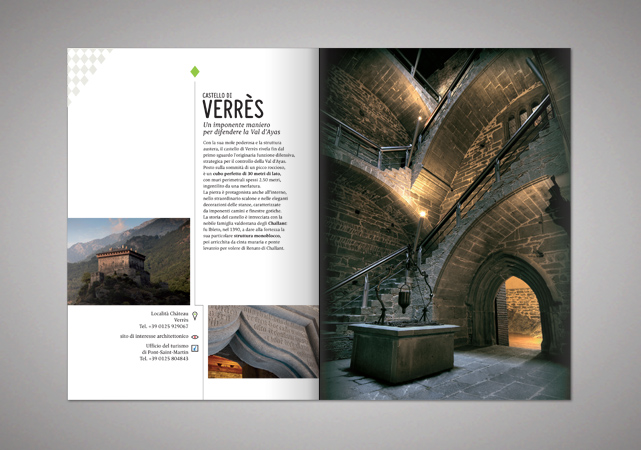 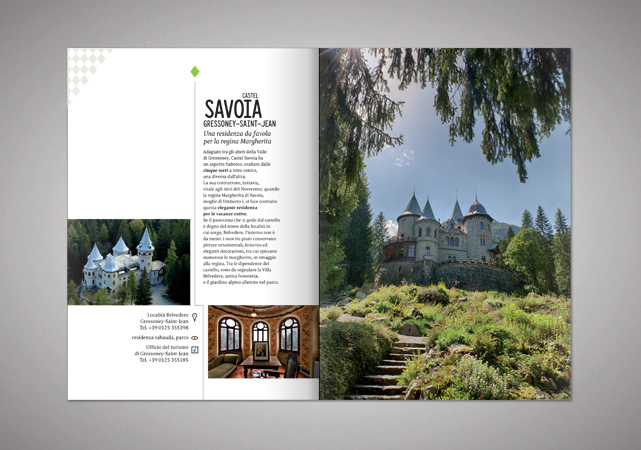 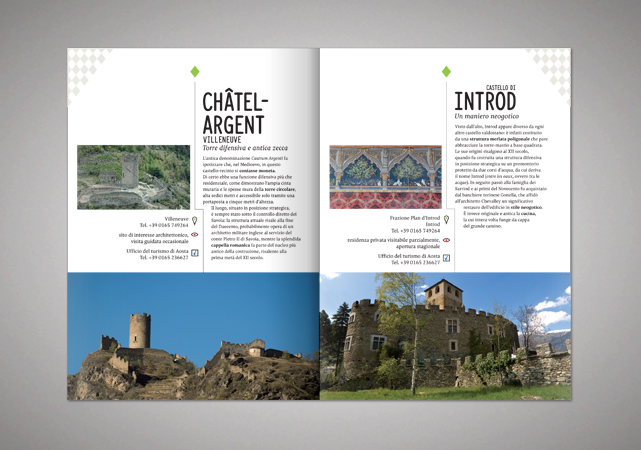 A new client for Eclettica-Akura: the Regione Autonoma Valle d’Aosta (Autonomous Region of the Aosta Valley) for which the Turin-based agency has followed up an important communication project targeting the circuit of castles.

Although a well-known tourist destination for many years, the castles of the Aosta have never, to-date, been identified by a logo characterising the circuit or a unitary coordinated image.

The Region has selected Eclettica-Akura to create a logo and brochure for the castles in view of its long-term experience of promotion of the territory.

The minimalist but decidedly modern logo conceived by the agency is a stylised, geometrical representation of the characteristic tower perched on the mountain, also evoking the typical diamond-shaped decorative motif of the castles. The colour code reflects the red and black of the Aosta Valley flag, introducing a white predominant that endows the entire communication with a light visual effect.