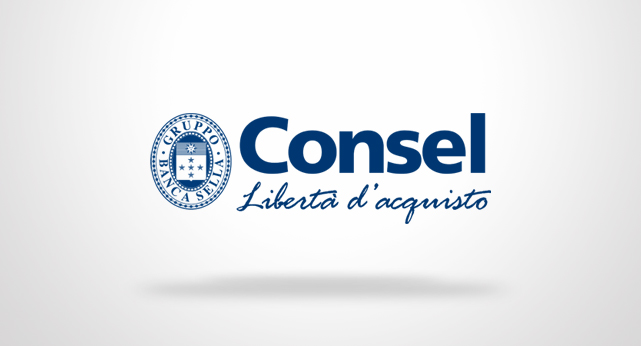 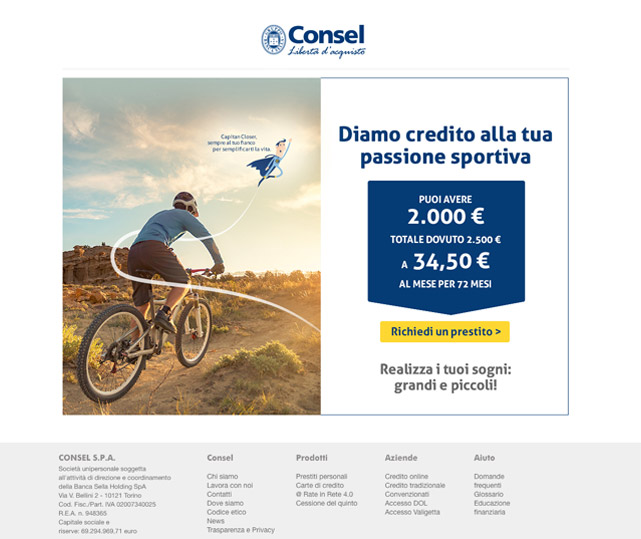 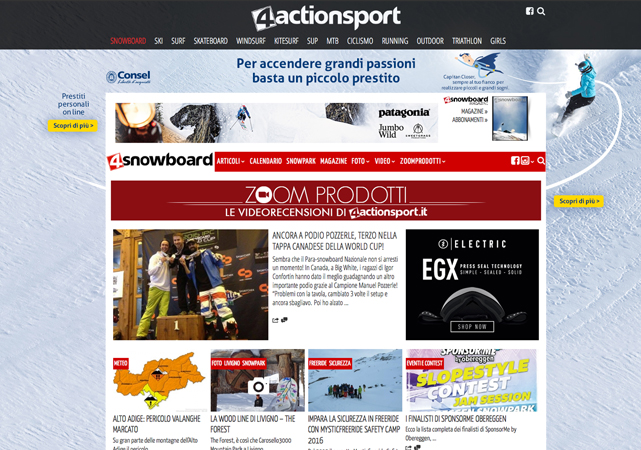 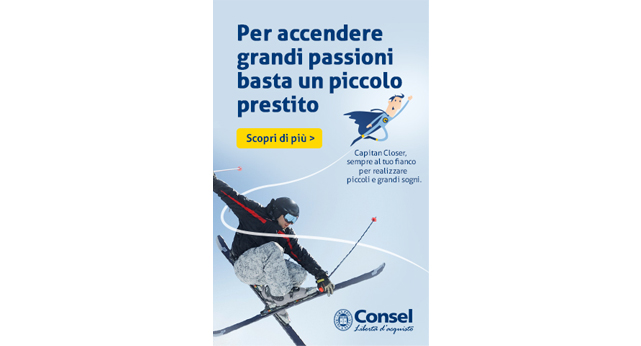 Make an appointment for a free consultation

Making your dreams come true is easier with SPC.

The consumer credit company established in 1999 by the Banca Sella Group, decided to carry out a series of promotional campaigns for its products and services, entrusting their creativity to the Eclettica-Akura agency.

Among the first communication products born from this new collaboration, there is the online advertisement for the 4actionsport magazine, in which the photographic path meets the originality of the illustrative proposal.
The protagonist of the campaigns carried out is Captain Closer, a true “testimonial” with a narrative role, the superhero of the newspaper who acts as your tutor and is close to you when needed.
The “paladin”, which becomes the means to communicate the news of the group, is presented with its yellow and blue uniform on which the C of “closer, customer, consumer” predominates, accompanied by a cape and the inevitable tie.